Why Mercury Retrograde Doesn’t Scare Me. 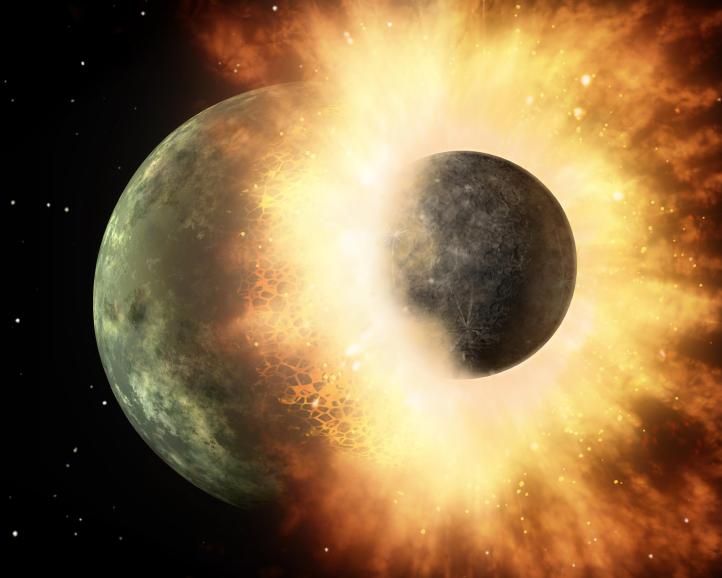 The first time I heard about Mercury being in Retrograde, I almost flipped out!

This was a few years back when the movements of the planets were obscured by my profound interest in the Moon, in fact, I think the Moon and I went steady for a while there.

What Mercury actually does is speed past Earth in its orbit around the Sun a few times a year, and when it does so, it leaves all of us Earthlings in a bit of a tail spin. What’s the bloody hurry anyway? But since Mercury is closest to the Sun of all the planets, I’m imagining that they have their own thing going.

And that’s fine, as long as I’m prepared for the fall-out.

Today, Mercury goes into Retrograde until the 25th of January.

During this period we should be careful of activities pertaining to communication, beginning a new venture, and signing contracts –give or take a dozen other areas affected by Mercury’s freakish race with itself.

No worries, say you? I’d agree, except that I have just released a novel, I write (communicate) for a living, and am showing my house to potential buyers tomorrow. Fertheloveofgod!

Ok. Breathing again. What to do about this celestial phenomena? How to mitigate its effects?

Here’s the thing. Mercury is not the only culprit here. Mars and Venus also go on a bit of a speed wobble several times a year. That would leave us very little time to do whatever we need to do without losing our minds.

As a practicing witch, let me assure you that I do not underestimate the fact that heavenly matters are reflected on the earthly plane. I wouldn’t have ‘As Above, So Below’ tattooed in permanent ink on my wrist if I did; I wouldn’t consult the stars before casting magic…Mercury have mercy!

My best advice to myself and to you, my sweet Earthlings, is to go with the flow.

1. Remember that no matter what happens, you are still in control of your reaction to it. Do the best with what is handed to you during this period. There is no getting around the thing, so join Mercury on its journey. What’s the worst that can happen? Well, never mind, let’s not go there.

2. Allow for miracles to happen. Let’s make a silk purse out of a sow’s ear – except that we would never do that in real life, sows need their ears. What I mean is, sometimes really good things come from the most flabbergasting situations. Just stay open for the best even though all your stars are not aligned. Sometimes, I just say, you guessed it…Whatthef*ck! and let things ride as they will.

3. Be kind to yourself. If you must do the things that are not advised during any kind of retrograde, remember that this, like any other day in your life, is a day you cannot recapture. Put your best foot forward and take time for meditation, long, hot baths, yoga, sex.

If you are like me, you will look up every bloody retrograde going for the year and do the best with your awareness of these events.

And really, it does boil down to that. Awareness- of your inner and outer world. Mercury, I’m not afraid of you…will you take me around the Sun? I could use an adventure. 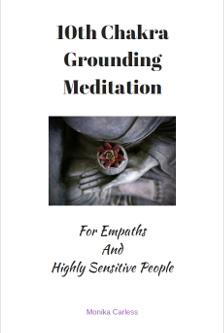 We're in it Beloveds! Mercury Retrograde Feb. 17 to Mar. 10 Miscommunications happening all over the place for me! Slid into it somewhat ungracefully in pre-shadow, feeling it yesterday and today big time. The thing is, Mercury Retro is actually a wonderful time of re-set for us. It calls us into mindful awareness, sharpens the axe as it were. So this time, instead of saying "Mercury Retrograde again!" let's say... How can I see myself and my life in a new way? What can I do to create more flow and grace? Intention and attention. A powerful way to manifest purpose, joy and bliss. xo Monika. . . #mercuryretrograde #astrology #asabovesobelow #magick #pagan #wildwoman #wildtribe #womenwhorunwiththewolves #consciousnessshifts #Intuitivecoach #monikacarless #indieauthor #witch #thedarkpooltrilogy
A card pull for YOU beloveds! The Crow is the keeper of Universal Law. She teaches us to be in integrity with ourselves and to speak our truth. This does not mean inserting our beliefs on others but simply sharing from our heart and soul. We are co-creators. Every word and thought is a prayer. Let us speak with intention. Let us not judge ourselves but see our journey with curiosity and empathy. Ask to day for clarity and act upon what is true for you. Intuition is your most honorable and truthful guide. *Mystical Shaman Oracle . . #crowmedicine #oracle #shaman #andsoitis #witch #pagan #wildwoman #cronewisdom #intention #consciousnessshifts #onpurposelife #word #Spirit #monikacarless #indieauthor #womenwhorunwiththewolves #monikacarless #indieauthor #Intuitivecoach #thedarkpooltrilogy
JUICY .. How much of your life feels erotic, juicy, abundantly rich with sensory perception? Did you know that your erotic energy is the same energy which created the whole of the Universe? Did you know that juiciness is a very natural instinct and that our souls crave the frequency of desire? When we tune into desire, we are capable of consciousness shifts not only for ourselves but the whole freaking galaxy! . . Juiciness is flow. It is spread-eagled, unashamed, ecstatic, vocal, explosive, chaotic energetic release. It's sexual, sensual, breathless expression of creative force. Where is it present or missing in your life? Every aspect of our existence craves juiciness. Our work, our relationships, our play, our friendships, our self pleasure, our DNA. It's the way of the Creatress, the joyous, receptive, intuitive feminine, present in all hubeings. . . . Cultivate juiciness, cultivate your wild, abundant life. . . Image #Repost @wildembodiedwomen, by @almestal #juicy #erotic #creatress #divinefeminine #wildwoman #womenwhorunwiththewolves #shakti #soulalchemy #sherises #desire #femininecoach #embodiment #consciousnessshifts #sacredsexuality #monikacarless #indieauthor #witch #thedarkpooltrilogy
I was super sad today. Tears were close to spilling but I did a bunch of stuff to keep busy and ward them off. I just didnt want them to leave me. I felt them in my heart instead. They were big like the ocean. After drowning in them for a bit I took myself for a walk into the woods and let the cold wind blow it all away. I have a lot of gratitude today for too many things to mention, really, I have a stupidly good life. And yet, I needed to feel sadness somehow, to see that corner of my being that felt overwhelmingly abandoned and unworthy. The darkness needs love too. Today, I love all the bits of me. . . #littleoleme #chaosisoksometimes #selflove #tears #vday #realme #sadasfuck #stillgrateful #witch #pagan #wildwoman #consciousnessshifts #onpurposelife #vulnerability #monikacarless #indieauthor #Intuitivecoach #thedarkpooltrilogy #magick